Smuggling, Intrigue & Murder Across The Centuries

American Kate Hadley moves to her new home of Rookery Hall, on England’s idyllic Isle of Wight, intending to fight for the love of her husband Jack. But once given a box of two hundred year old letters, she realises that’s not her only battle. Kate begins to piece together the dark secrets of the island’s smuggling past, and its dangerous present. Just what is the real story of the Catherine de Lacy spoken of in the letters, and how is Jack involved? Can Kate prevent the jealousy, intrigue and murder of Rookery’s past from damaging herself and her family?

This is the first novel in the Rookery Mystery series. 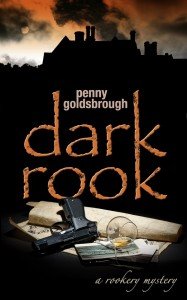 Brilliantly written book with murder, mystery, smuggling, romance and history all rolled into one. Strong characters and a real page turner ideal for a holiday read when you don’t need to put it down and a great plot which has you guessing until the end.

We are an independent publisher helping creators of intelligent writing reach their market.